A Ghanaian artist has stood at the Manet Junction on the Spintex Road in Accra for close to an hour – about ten times the amount of time he normally spends at the same spot, doing the same thing – waiting for a trotro. But today is not one of those normal days; it is a Monday morning, some two weeks since the city’s been in a partial COVID-19 lockdown.

In line with an abnormal day, there are no trotros in sight, and the artist – who is running out of food at home – needs to get to the Accra Mall, about a quarter hour drive away, to get some groceries. So, he opts for an Uber, an option “completely out of [his] budget.”

He worries: ‘you can’t gladly spend money when you have no idea when and from where the next one is coming.’

The artist is Nicholas Seun Adatsi, a photographer.

This pandemic, all things considered, has left no person unscathed. But even among artists – who have collectively been hit in distinct ways – there are peculiarities.

TMSKD, a DJ, is already ruling out the prospect of playing any gigs before 2021. ‘With my work, even if we’re allowed to go out and do things at some point this year, the possibility of work coming in will take some extra time because it involves gatherings of people.’

Beside this cold economic reality, she has to navigate is the unfamiliarity of the lockdown. ‘Maybe our parents have gone through something like this before – like, not going anywhere because there’s a certain situation in the country; but for some of us it’s very, very new. We haven’t seen anything like this before, and so we’re literally having to find ways to cope.’

I ask if the whole situation has taken a psychological toll. Yes. What about help, has any entity reached out to offer either financial or emotional support? Non.

Indeed, this is all very, very new for some of us. The last time, in Ghana, that artists had to reckon with a similar situation was in the early 80s, right after the December 31, 1981 coup d’état by Jerry John Rawlings. For over two years, there was a night curfew, of which defiance could easily turn fatal. Nightlife was killed as a result and many artists had to leave the country, going especially to Europe to be able to live and work.

But the COVID-19 scourge is a global one, with Europe – and now America – as its epicentre. Therefore, just like the African politician who can’t now jet to either place for his habitual medical tourism indulgences, both Nicholas and TMSKD cannot do like their artist ancestors and escape abroad for creative succour.

Out there, across several countries in the West, artists, in these corona times, have received relief grants, emergency funds and other types of resources and support from the state, from philanthropic establishments or from artists’ communities. Over here, in the mid-south of the global sphere, with our cluster of nations whose postcolonial condition has fermented a rather perplexing relationship between the state and art, the situation is not so relieving for artists.

Still, where artists are concerned, there have been varying responses, among countries on the continent, to situations engendered by the pandemic.

Ten days after president Cyril Ramaphosa declared COVID-19 a national disaster, South African Minister of Sports, Arts and Culture, Nathi Mthethwa, addressed the media and artists, announcing, among other things, that the department has reprioritised R150 million to provide relief to practitioners.

In neighbouring Namibia, a group of close to 200 artists, cultural workers and other creative industry practitioners are in advanced stages of lobbying the Ministry of Education, Arts & Culture to set up an emergency grant, a COVID-19 artists solidarity fund program, along with several other pro-artist requests.

And then there’s Ghana, where I live. As part of the state response to the pandemic and its repercussions, the government has provided several stimulus packages to different categories of Ghanaians – from health workers to the so-called “poorest of the poor.” There’s been nothing, categorically, for artists; which may be understandable for a country that’s neither as moneyed nor as interested in art and artists as, say, Germany (who, it is worth stating, have African blood on their hands from Gold Coast to German South West Africa).

Ghana has a Ministry of Tourism, Arts and Culture and a National Creative Arts Council. To the best of my knowledge, these two bodies might as well be non-existent as far as an official address to artists in the country. I’ve checked all their social media and seen nothing. No commiserations, not even the usual platitudes. On the News section on the Creative Arts Council’s website, the only text on the entire page could as well be a message to artists or whoever else is waiting for a word from them: Coming Soon.

It’s a struggle, even under normal circumstances, to be an artist in Ghana – a struggle not limited to the financial, but that which extends into the sociocultural, and consequently, the psychological; a struggle which can only be aggravated by the effects of COVID-19.

To which entity does the struggling Ghanaian artist turn, under such woeful circumstances, for much-needed support of any kind? The Art Community, one would say. But is there really such a thing in Ghana?

Two years ago, news of a rather heinous event surfaced on the scene. Dr. Sionne Neely, co-founder of Accra [Dot] Alt, an organisation I used to work with, which produces the famed Chale Wote Street Arts Festival, was reported to have suffered several incidents of abuse at the hands of co-Accra[Dot]Alt founder and her now-former partner, Mantse Aryeequaye. In one of the several efforts to get the latter to speak on the matter, there was a petition which I was invited to sign. I read through the document, had qualms with some of the points and made certain inferences that rendered the document problematic, to a degree. I responded to the invite stating this and requested that I be given the chance to express my concerns. So that justifiable amendments could be made, hopefully, then I would append my signature. I got a very curious and telling response, which included nothing about an interest to hear me out and consider my misgivings. Anyway. “The Ghana Arts Community” was invoked five times in the document, which made seven demands, the last two being that: “Mantse Aryeequye will be excommunicated by the Ghana Arts Community as a whole until there is drastic psychological improvement and evolution on his part” and “Anyone observed enabling Mantse Aryeequaye with uncritical support will also be anathematized by the Ghana Arts Community.”

Although it was almost trivial compared to the other issues I had with this particular campaign, this “Ghana Arts Community” that was so ceaselessly referenced was one of my qualms. I thought it was so ill-defined a conception, if defined at all, to base such serious stipulations on.

A few days after Nicholas Seun Adatsi’s Monday morning lockdown experience, he ventured into town to take some photographs. Among the people he photographed was Emmanuel, a young man who normally makes a modest income dancing and performing acrobatic stunts at the Labadi Beach. The beach had been closed, rendering him jobless. Emmanuel lives alone, somewhere on the beach, in a wooden kiosk he built himself. At the time of being photographed, he was unsure of where his next meal would be coming from.

I consider Emmanuel to be an artist. A performing artist. And I wonder now, if the “Ghana Arts Community” that was invoked in that petition considered people like Emmanuel to be one of the residents. At the time that I was having concerns about the scope of this “Ghana Arts Community,” in reaction to the petition, some of the questions that had been on my mind were these: did Ghanaian artists who didn’t practice in Accra count? Artists who were unfamiliar with and to KNUST‘s (Kwame Nkrumah University of Science & Technology) arts department, too? Still, in Kumasi, what about Kumawood actors? Are they a part of this “Ghana Arts Community,” and even more pertinently, what about artists in or from the perpetually neglected Northern regions of the country? Were any of them regarded as community members?

Admittedly, it would amount to a deliberate obtuseness on my part to act like I have absolutely no idea who are being referred to as the “Ghana Arts Community.” But I reckon that there’s a very questionable definition of an artist that we may have long taken for granted, and that this is a fine opportunity to interrogate who we regard and acknowledge as artists.

And then, community. Oxford University Press has established that the use of the word has spiked exponentially in the last decade. And yet, compared to earlier centuries when the word was seldom used, it could be argued that the ways of our current societies skew heavily towards detached, anti-communal ways of being; away from the affective, collectivist ethos that lie at the heart of communal praxis.

True, it may not be plausible to posit that there is a uniform idea of community and how it functions – or should function. But when it is the case here that of six Ghanaian artists that I asked, across disciplines, southern and northern-based, four thought that there is no such thing as a Ghana Arts Community, and the remaining two felt that art communities in Ghana exist, but only in silos – none of which they feel a belonging to – some questions become burning ones.

I don’t have sure answers to these particular questions, or many others.

What I do know for sure, though, is that if I was asked what the collective word is, by the Ghana Arts Community, in response to this pandemic and resulting set of circumstances, I would say: none, as far as I am concerned. I would say that if there is indeed a Ghana Arts Community, then there has been a failure, in the face of a largely clueless, underperforming arts ministry and arts council, to really show, in this time, that “we are,” as Gwendolyn Brook’s writes in her poem, Paul Robeson,

There’s already an avalanche of writing concerning COVID-19. A fairly popular genre in this mass is the one that points out silver linings of the tragedy or uses it as a gateway to edifying insight. Arundhati Roy’s essay The Pandemic is a portal is an outstanding piece in this canon. So reads her penultimate paragraph: “Historically, pandemics have forced humans to break with the past and imagine their world anew. This one is no different. It is a portal, a gateway between one world and the next.”

And so it is with this commentary – written from musings long-held, but shelved – that certain thoughts have been brought again to the fore of my mind, by the same tragic phenomenon. I make many queries about, but offer not a single solid answer towards creating optimal community – or maybe even communities – out of Ghana’s art scenes. But then, to that end, it is my wish that my many questions are considered, altogether, as a portal. 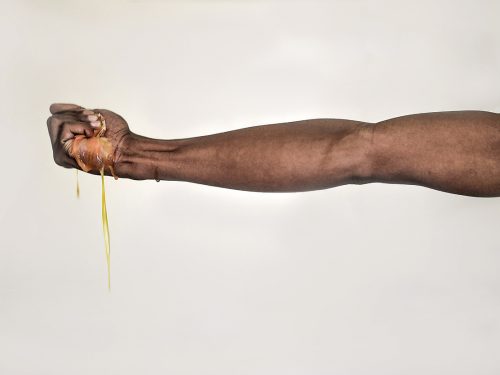 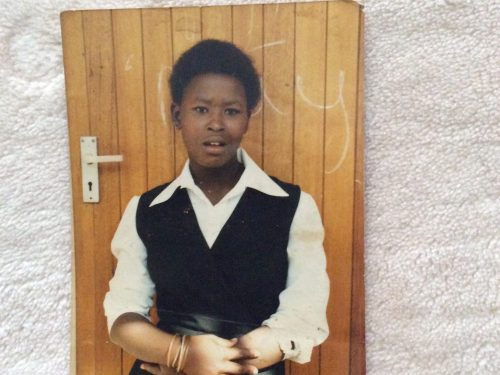