Writer, Moshood, discovers a spot where Freetown’s youth keep talking their talk – both online and offline.

This story begins with an online Sierra Leone literary journal, titled Poda-Poda, in which I read an article about the dreams of creators in Freetown, as drawn from lyrics by the city’s musicians.

The byline credited the piece to one Marco Koroma, with the last bit of this writer’s short bio stating that: He is also the Co-Creator and Curator of Tok U Tok, an open mic and live music event in Freetown.

Interested, I combed the internet for as much information as I could get on Tok U Tok. And within a short while – thanks to their Twitter account, and an artist in Salone (Sierra Leone) that I got connected to – I gathered that the event has grown, particularly in the last year, to become a permanent fixture in the weekly schedule of many an artist and counterculture youth of Sierra Leone’s capital.

This is one of the first things I ask Marco about; his impressions of this influence that Tok U Tok seems to have garnered among the wilful youth of Freetown.

‘It has been amazing because it just proves that there are phenomenal creators in Sierra Leone and an audience that will consistently support if quality is delivered. We’ve created a platform that has brought a lot of creators to the eye of the public, and we’re still exerting pressure on Freetown’s creators to pursue excellence and be authentic.’

A marker of Tok u Tok’s influence is also the invitation received in 2019, from organizers of the Freetown Music Festival, to curate a music stage, named Mammy Yoko for the legendary heroine of Sierra Leone’s Mende people – one of the two largest ethnic groups in Sierra Leone. Marko spoke very highly of the experience, regarding it as a big challenge that Tok U Tok, as a broad enterprise, stood up to, and credits it with solidifying their trademark.

Tok U Tok initially hit the ground running in November of 2018, after Marco and a friend, Tarik Ali, had discussed the dearth of spaces, in their city, for uninhibited self-expression by performing artists. The idea had percolated with Marco for several months afterwards, and then, after seeking and considering counsel from like-minded friends, he met with another young man – Walid Joseph – who would become co-creator of the event in a location that turned out to be ideal.

‘I had a business meeting with Walid at his restaurant, Two Guys, and found the spot cosy and perfect. I shared the idea of a platform that catered to creators, and Walid loved it; so we went to the drawing board and worked on bringing it to fruition.’

‘At its core,’ Marco adds, ‘Tok U Tok was created to give creators a platform to express themselves in ways that they see fit, and to give an audience the opportunity to experience the unadulterated version of the artist.’ The essence of the open mic night is encapsulated in the event name itself. Tok U Tok is Krio for talk your talk, although with the coronavirus pandemic, the event has morphed into the online #TokuTokchallenge, since the artists and art enthusiasts were no longer able to meet on Thursday nights. The challenge amassed a massive response from young Salone artists, who used the hashtag to share their art.

Tok U Tok is, of course, not the only cultural set-up to reconsider its plans and strategies during the crisis. Poda-Poda – the previously mentioned literary journal – is named after Sierra Leone’s commercial minibuses, and it’s a crucial digital platform dedicated to documenting and archiving the country and its people’s stories, through literary arts. Poda-Poda Stories was started off in July 2019, by writer and communications specialist, Ngozi Cole. Original plans to mark the journal’s one-year anniversary have been disrupted, but Ngozi isn’t willing to let the situation annihilate this very significant commemoration. ‘I still want to do a live event. It’s definitely going to happen post-covid; hopefully in December. For now, I’ll just keep celebrating all the writers and readers who have supported Poda-Poda Stories. I hope to mark this year just thanking all our supporters and readers from all across the world. I often check the analytics of where people are reading from and I’m always so amazed.’

At different times all across the African continent, there have been tragedies, both natural and politically machinated, that have severely impacted art scenes by disrupting and effectively stunting their growth. In the case of Sierra Leone, as a West African country, it seems to be unlucky when it comes to catching a break, lurching, as it appears to do, from one catastrophe to the other: a brutish, near two-decade dictatorship right on the heels of colonial terrorism; a protracted civil war; a lethal outbreak of Ebola about a decade later; and now, barely four years after the country was declared Ebola-free, it is hit, along with the rest of the world, by the coronavirus.

I asked Ngozi if she thought there were any differences in the effects of COVID-19 on the arts and cultural scenes in Freetown, as compared to the effects Ebola had. She couldn’t speak much to that, simply because she wasn’t in Sierra Leone at the time of the Ebola epidemic. She could say for sure, though, that ‘there’s been a lot of online collaboration in these covid times, and that [this pandemic] has made creators in Sierra Leone more creative on how they can come together online.’

In answering the same question, Marco echoes Ngozi’s point about the impact COVID-19 has had regarding tech utilisation among artists in Salone, stating that the pandemic ‘has forced artists to evolve and utilise tech like never before.’ He also reckons that ‘Ebola was more stifling for the art scene in Sierra Leone considering the fatality of the virus and the degree of panic that came with it.’

I go on to ask about their projections of the art scenes in Salone, post covid. Their sentiments align yet again; beyond optimism, there is a pronounced enthusiasm in both their responses. Ngozi is so “excited” she mentions the word three times in her reply; Marco thinks, based on his observations of what’s currently happening among the country’s creators, that post COVID-19, the Sierra Leonean art scene will be ‘a volcanic combination waiting to erupt.’

Their outlook sends me right back to the spirit of that Marco article I read on Poda-Poda; it comes across to me as a spirit of keeping hope and trodding on, and maybe even fucking around and coming out dazzling on the other side of an adversary. 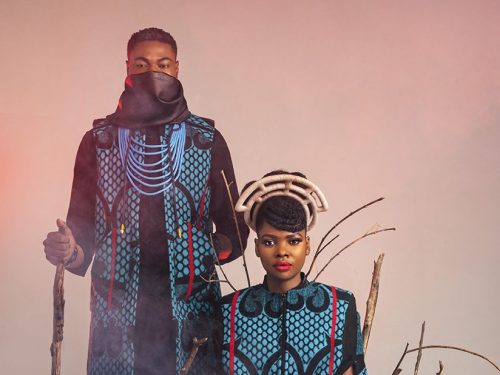 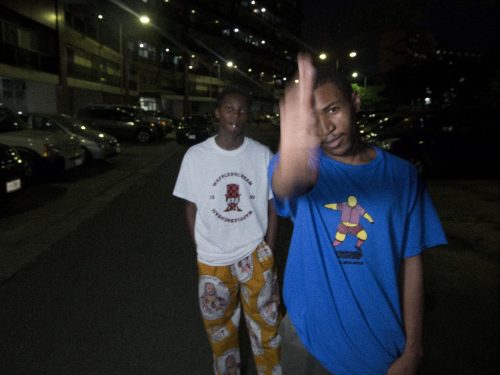 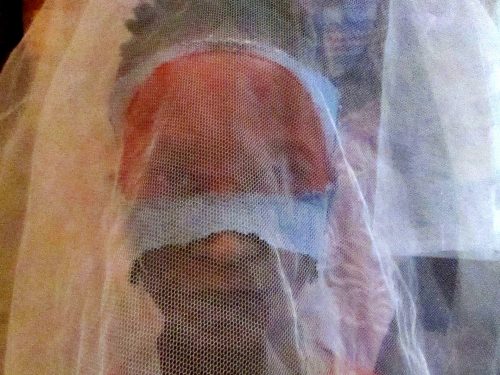