Filmmaker Tseliso Monaheng applies a dextrous balance of visual aesthetics and aural beauty in his provocatively-titled film. A Gentle Magic exists as an archive and an art piece in its focus on skin-lightening in South Africa.

Skin bleaching is the topic at the heart of A Gentle Magic, but would you say the film as essentially an art piece?

Yeah, it’s an art piece. A fashion film. That was my aim, and that coincided with my co-director Lerato Mbangeni’s vision and art direction.

When and why did the idea for the film come about?

Suzie, our American producer, had come to South Africa for work experience a few years prior. She worked at The Star, a daily newspaper that Lerato was working on at that time. While here, Suzie produced a short film based on a former beauty queen who used skin lightening creams. The two of them linked up a few months later to discuss the possibility of making a feature-length film – an extension of that original story, based on medical findings that there was a spike in the use of skin lightening creams among black and Indian women in South Africa. I happened to the project during its last stages. Lerato approached me in December 2016 to ask if I’d be down to film the documentary. They’d already run a successful Kickstarter by then. We filmed from January to March in 2017.

Was there always an intention to make a film with this subject matter that is visually – and aurally – striking?

Definitely! Aesthetics over everything. Deeper, still, it was about creating an archive based on our own imagination. It’s why there’s no use of external archival material, because most of what exists in filmic history wasn’t made by black people. It became a personal-political thing, in conversation with global movements in film, music and literature. Black people and people of colour are taking ownership, being intentional, crafting new narratives, and restoring the tales which have been erased. We’ve been taught to forget our greatness. We’re told, daily, that our contributions don’t matter. They do.

How hard or easy was it to find your contributors?

Lerato had that on lock, for the most part. She linked up contacts, organised interviews and so forth. As did Graeme and Suzie, our producers. And friends, too, including Jackie, for instance, who suggested Dr. Khumalo, the Head of Dermatology and Director of the Hair and Skin Research (HSR) Lab in the Department of Medicine Groote Schuur Hospital. It was super hard to find men. Near-impossible. None of the few we did manage to ask were willing to appear on camera. It became this myth while filming; the legend of the skin lightening man. I found that to be interesting.

Was there any sense of judgement from you or your team about the four ladies in the film who had damaged skin but were still using the products?

Nah, we’d been over-shocked by that time. In as much as we did go into the story with as open minds as possible, there were things in there that managed to become “woah” moments for us. Their stories ended up becoming cornerstones for the film. It was intentional, mostly because it shifted the things from being merely factual or academic into a territory that highlighted multiple stories in the skin lightening spectrum.

Which particular stories stood out?

For me, there were two. In Coffee Bay, we came across women who told us that some people combine the illegal skin lightening creams one finds at supermarkets and container shops, in order to have quicker results. We gasped when she said that. Also, a year after filming, Suzie went to interview one of the Krok brothers. These cats introduced skin lightening creams to the South African market, so they’re pretty bad-ass White Supremacists. Anyway, I was supposed to go along, but didn’t, which was dope because it turns out the old man still despises black folk. This shouldn’t be surprising, of course; I guess I struggle with people whose minds are trapped in a time warp.

What has been your experience of skin lightening amongst friends, family or those close to you?

There’s a lady who we used to know at home while I was growing up. I think she was into that vibe. But it wasn’t something front-of-mind for me until I worked on this documentary. Since then, it’s impossible to not notice someone who lightens their skin, or to even engage people who equate the act to ‘self-hate’, whatever their interpretation of that is. We (society) use that word when we want to run away from internalised anti-blackness and how that continues to manifest in how we view ourselves as African people.

What were some of your own emotions relating to the content of the film?

I was bemused for the most part. I also got to learn a lot, and to find new people to admire. The participants were super generous, but this also made for messy discussions regarding who or what to leave out in the edit. Tough times. The archival stuff was pretty wild, upsetting and hi-key triggering and depressing. One never gets used to how much the world hates Africans. These issues play into the greater scheme of global capital and White Supremacy. Skin lightening and hair straightening are but mere symptoms.

The focus seemed to be very much about black south Africans lightening their skin. Was there any intention to talk to people with Asian and Indian heritage? Do you feel that the issues have been similar or different within South Africa?

The availability of willing participants tends to trump the greater vision in any story. Ours wasn’t any different. Still, the intention wasn’t to tell everyone’s story. The film is special and important and essential viewing to me because it doesn’t attempt to view the issue from everyone’s side. This doesn’t mean that it wasn’t factual, and that there was no ideological basis underpinning the whole tale. Our team has a combined experience of over thirty years in journalism between the three of us. That in itself speaks to a high level of skin as far as objective, informed, scientifically-sound, entertaining storytelling is concerned.

How broad were your locations?

We did the three major South African metropoles – Jozi, Cape Town, Durban – and the rural Coffee Bay area. The aim was to go over into Lesotho and find people in the highlands, in places such as Mokhotlong or Quthing at some point. I’m not sure what happened to that plan.

Has social media made things worse for younger generations and ideals of beauty or acceptability?

Print publications featuring permanently thin, white women were a big industry at one point. And social media is, ultimately, The Media™. I don’t know if [it] has made things worse. Rather, it’s made the situation more apparent. And the issues are similar. One of the things we did while filming, and during the editing process, was to regularly share articles, papers, and literature around the issues we were exploring. That helped in shaping what the film eventually became.

There are sections in the film where the music is truly gorgeous.  What’s the background to some of your lyrical choices?

Lerato and myself dig music, and we know a lotta cats around Jozi and Cape Town who do awesome stuff. We asked them to give us some tunes, they obliged, and the rest is the audio-visual masterpiece that is A Gentle Magic. Working out that bit of the film was the best part for me; picking all these sounds – House, Gqom, Afro-folk, Jazz, and overall weirdness – and marrying them to the moving images. Oh yes, another thing to note: the intention wasn’t to make a linear film. We left that in the initial stages and let the story reveal itself to us instead. So, it ends up playing like a mash-up of different approaches to filmmaking. Playing with those ideas was not only fun for me, but it also fed into the idea of crafting tales of ourselves outside the scope of what’ll make it to, say, television or whatever.

Where have you shown the film and what have been the reactions?

I wasn’t around for most of the screenings, so can’t tell what went down. But I was privy to some feedback. We got to screen in Accra, at the Chale Wote street art festival, and one of the questions was regarding the amount of skin shown; it was felt that we hadn’t done enough to accommodate ‘black skin.’ That was weird to hear. We mostly got props from the Jozi audience, which was dope because it was from people we’re closely connected to; people we knew wouldn’t bullshit us if the stuff was wack. We’ve also screened at festivals in New York, at community gatherings in Oakland and Cape Town, at feminist meetings in Dhaka, on closed cable network in Brooklyn, and so forth. This thing’s travelled and shall continue to.

Have you had any response from the Gentle Magic brand?

They sent us a cease and desist letter after one of the major newspapers ran a story following our initial screening. That was scary, but also lol-worthy because how the fuck are you suing a bunch of independent filmmakers? Anyway, we’d done our research and were lawyered up.

This year and beyond, I want to make enough money to continue exploring ideas and stories that I think are dope; stories that don’t conform to someone’s version of how the thing should look, sound or feel like. 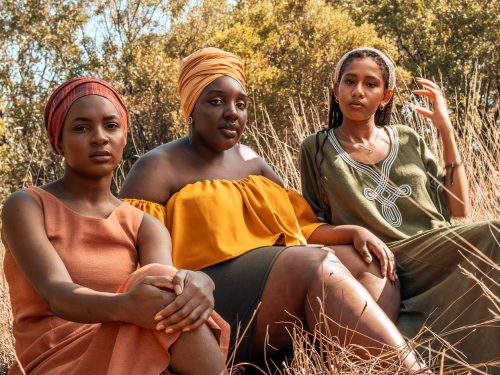 REEL TALK: PRESENTLY IN THE FUTURE 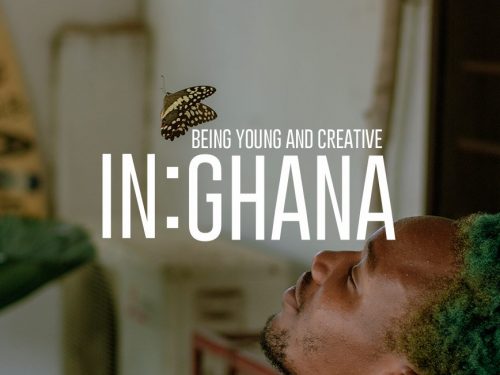 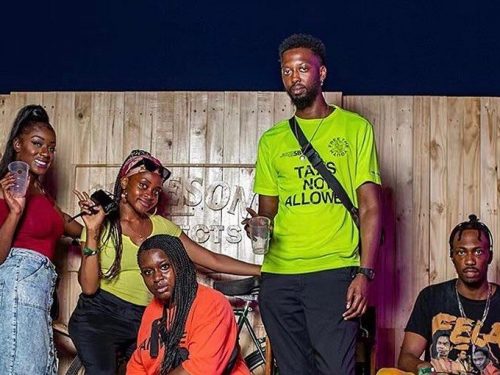