DRR is Nairobi’s new alternative literary, art and music journal. Wanjeri Gakuru checked out the vibe of the two founders.

Those who got to the Kenya Cultural Centre early in early February this year, caught an impromptu jam session on the grounds outside where DRR’s first issue of their print journal was launched. Two seasoned traditional drummers and a guitarist were vibing for hours before a saxophonist joined the fray. Later, an enthusiastic vocalist led a chorus of local pop tunes. It was the perfect backdrop for DRR’s introduction. This new journal is a symphony of words and pictures that are both familiar and elevated; disparate but accessible.

Getting its name from Kenyan author Meja Mwangi’s 1976 novel Going down River Road, DRR seeks to match the book’s attitude and aesthetics in breaking down class conventions. ‘We don’t want to be elitist. We don’t want to close up ideas of who to publish and what to publish. We want to open the door to good writing; regardless of where it is from and to reach as many writers as possible,’ says Clifton Gachagua, a poet, author and DRR’s co-founder.

All types of people come to the smoking zone at Jeevanjee Gardens but most of them look like you. The same drab monochrome pants and shirts for the lawyer, banker, agent, conman or office type. Sometimes, and increasingly in the past few months, the park is a meeting point for protesters who often form a growing ring beside A M Jeevanjee’s statue and psyche themselves up with solidarity chants before taking to the street. Few women come through, often young with a friend or several but seldom alone, unless it’s one of N’s friends or a regular.

A few times a day a small group of young people will come heading to or from the University of Nairobi or the numerous colleges at Anniversary, Hazina, or Ambank Towers. Often with backpacks, colourful clothes, sunglasses and hair pointing to the places they have been, they stand out from other regulars. Loud, their Dunhills move in free arcs to the stories of this morning’s soirée and hardly acknowledge the regulars. When they do, their eyes hold something of pity. Still, you see yourself in them, hear yourself in their stories. But you understand how time works and that a cigarette will bring back your best years as long as it stays lit.

Excerpt from “Cigarette Breaks at Jeevanjee” by Frankline Sunday.

In issue one’s editorial jointly penned by Gachagua and fellow co-founder, the writer and journalist Frankline Sunday, the pair describe DRR’s roots as ‘a postponed project, an ongoing conversation that demands to be had’. This took many forms and idealisms over the years, germinating from parties held at the founder’s homes in Umoja Estate to gatherings in Kibera’s Maasai Mbili gallery with artists, writers, poets and journalist friends. Putting up a few stories online to test the waters in July 2019, the pair brought on Bethuel Muthee, an editor, historian and visual art curator to develop an anthology on the theme of “Place”.

I don’t want to leave. After the fire, before the flood. We stuck between precipices. We longing. We betrayers. We flung ones. War guilt, guilt from the diaspora, we have been kicking at earth and apologising to the feet of soldiers. Sorry for the oxygen, sorry for the meat, the burst glass of the lightbulb, how it burst, glass-strung dark—the faulty generator. I am so sorry. For the name, for God. For this yearning foolishness. For wanting so much the name of this country. For sacrificing one land to love another. I feel the blood of my ancestors, as hollow and strange as the call of strays. The scattered debris of an unknowable star.

Excerpt from “Mombasa Raha”, a poem by Binti Mombasa

‘We were not entirely reinventing the wheel. We looked at The Paris Review and wanted to do interviews like that. Chimurenga became an example of inventive ways of working across borders. We borrowed from these structures and tweaked them to make them better, even as we started to imagine new forms of working and places to go to,’ says Sunday.

DRR is self-funded and relies on the founder’s savings and donations to pay writers and staff. ‘It’s interesting how much you can do with little resources. I’m thankful for that lesson. The next two years are about firming up our structure; that will take precedence over putting out an issue,’ says Sunday. That being said, DRR intends to publish a small book every quarter with the next issue themed Ritual slated for a 2020 release. Neo Musangi will lead as Series editor alongside writers Wairimu Muriithi and Carey Baraka.

Gachagua hastens to add that DRR hasn’t taken its final form yet. ‘As a writer, the kind of fiction I like is kind of schizophrenic. I want the journal to be weird but functionally weird with a kind of organization to it,’ he says. No wonder the second issue welcomes everything from ‘wozzap voice notes’ to ‘mathogothanio’ (experimental written forms). 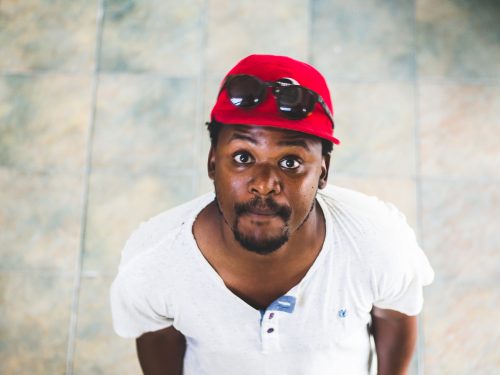