In the lead up to this year’s Maputo Fast Forward festival of creativity, design and innovation, People’s Stories Project is reflecting on the words and work of a selection of artists who were part of the ColabNowNow phase of this Mozambique digital event last year.

In total, nine creatives from Africa and the UK were selected last year. Through art and storytelling, they collaborated to produce innovative pieces that culminated in a group exhibition in the heart of Maputo.

We kick off with Will Hurt, a Norfolk-based artist who this year, co-facilitated at Fak’ugesi –  Johannesburg’s African Digital Innovation Festival – before heading back to Mozambique to present new work as well a slightly re-visioned version of his original Botanical Geometries piece for last year’s ColabNowNow. He will be in Mozambique with fellow artists from last year’s residency, Nikiwe Dlova and Maxwell Mutanda.

I’ve been interested in architecture and pattern for a long while and as we drove around Maputo, taking photos of homes from the fixed distance our van provided, it became apparent that the city’s urban scene is vastly different from that of a city in UK. Multiple patterned interruptions existed between the road and the home. First, the hard-edged geometric patterned repeats of openings in concrete walls. Second, soft irregular tropical vegetation spilling over the front gardens of these homes. Third, ornate twists of the gridded bars covering the windows. And fourth, square sections of ceramic tiles, flat on the walls of the homes, reflecting light back through these patterns at us in the van.

My first attempt at distilling this scene was to focus on the vegetation, coding a procedural branch generator in Unity [programming]. Distance between leaves, angle of leaves and rate at which leaves reduced in size was all taken into account, but the results felt too rigid and not expressive enough. Thinking about how people were to interact with the work I settled on a simpler means of “drawing” preset leaves into a virtual space. I then reused code from a previous project – Automated Spatial Transformations – in which a 3d model of a building shifts; reconfiguring itself over time

Other work includes Mass– a drawing app I produced, in which people can draw simple geometries into virtual space. Taking cues from Daniel Liebeskind’s Micromegas, Mass aims to enable anyone to create varied, expressive geometric constructions. Mass has been used to create interactive visuals to accompany music, a short animation which was on show at Cube, Lincoln Nebraska and large-scale lightbox prints shown at my recent solo show – Abstract Playground at LEVEL, Derbyshire, UK. More recently it  was used to create six large scale black and white prints for my solo show Concrete Fever Dream at Tedtbury Goods Shed. I’ve also made an animated colouring-in book from 16 images taken from Mass, and run colouring-in workshops with medium scale print.

All images courtesy of Will Hurt

Maputo Fast Forward takes place from 10th October – 10th November. The theme this year is Identity and Mobility in the 21st Century. 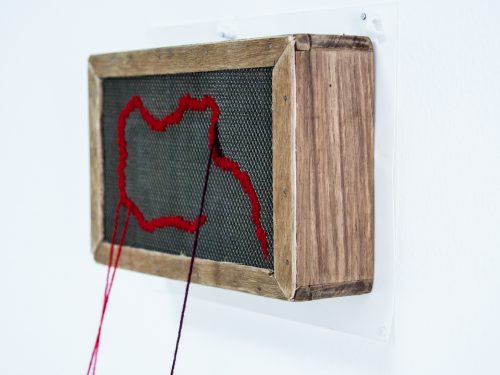 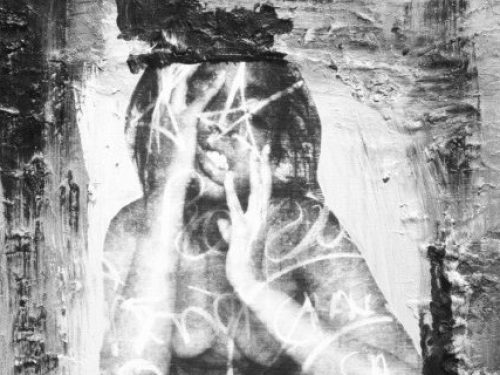