Symbols of purity, class, race, exploitation and enlightenment are explored in Valerie Amani’s Pathological Museum. Writer Jesse Gerard Mpango stepped into a space in which questions about oppression, colonialism and personal identity are probed via installation, video, digital imagery, performance and poetry.

“But a caged bird stands on the grave of dreams

his shadow shouts on a nightmare scream

his wings are clipped and his feet are tied

so he opens his throat to sing”

On a wall at the back of Valerie Amani’s latest work series are pictures of humans in bell jars; restrained, gagged, blind folded; held in chiffon, lace, and cling film.  Under a dome of glass against panes of muted colour they resemble caged birds, their fragile beauty twice bound by their imprisonment and the absence of things that characterize their freedom. They are enshrined as acts of consequence. Three scenes of misdirected purpose and the kind of derived self-definition that drive the historical and personal vehicles of containment examined by Amani in her Pathological Museum.

The project – and the term – emanate from a diatribe on black bodies written by a twentieth-century colonial officer in his frenzy over the myriad threats perceived to be culturally inherent. The central and historical analogy, and basic framing of blackness as sickness are reemployed by Amani, for a study of the mental, emotional and physical intrusion enabled by oppression. She does this by situating these intrusions as a pathology and herself as a host, thereby charting her personal growth against the presence of these things, while also experimenting with modes through which to address them.  “The bell jar photos each represent three prisons” she says.  “Language, religion and imperialism – also representing the prisons that I have experienced. The jar recalls a museum. I put the objects into these glass cages so we can look at them. These are the things that have been among us and that I carry with me.”

A monologue in Amani’s video – titled The Host – states, “I don’t know if who I am has anything to do with where I am from” as Amani takes backward-sliding steps in a wedding dress. A door with intricate Zanzibari carvings sits in wait, its two sides spread like arms into the white hallway. She passes, closing the door outside in the open air, dressed simply in black.

The wedding dress recurs again; this time in scarlet as Amani sips tea on a beach while seated on a Swahili coconut grater stool, once more representing one of the humans in bell jars. Symbols, as markers of ritual social conditioning, and isolation, through inferences of silence, absence and omission, feature prominently in her approach—appearing again and again throughout a body of work spanning video, digital imagery, poetry, performance and installation. These creative tools are key to much of the potency of her depiction of three prisons. Each body is desolate, alone aside from small symbolic details—a bandaged cross here, or a small tuft of sisal leaves there.

“I think symbolism is necessary to oppression as [it] uses repetition, and through repetition things become ingrained in us” Amani says. “There are elements within our society that have become universal elements. The cross is a universal element, the wedding dress is a universal element. These are all supposed to represent something good and hopeful, but if you are told to interpret a God whose face does not resemble your own, but in fact resembles other people’s, it has the effect of making you feel inferior; as if you are not deserving of a God.”

Amani, as The Host, reflects on her place among these lingering subjugations of colonialism, articulated in character as part of a hybrid self, subsisting among lies and losses of an erased history. Yet, as an artist she is keen to place her work outside of contending absolutes of black or white, good or bad, wrong or right. “I need to ask myself how am I expanding on the conversation?” she says. “Even when looking at it in terms of host and pathology I’m not saying it’s a bad thing. What I’m saying is we are the products of this. And now what?”

The work engages and draws strength from a reality of dissonance, effected by a balance of the global and personal and achieved through inflections of tone, posture, colour and aesthetic. With this, Amani is not only able to accommodate vulnerability and satire, but also ground historic contentions in conversational terms.

“I think that humour is a great way to start a conversation,” she says of The Pathology, another video, in which the obsessive gilding of white supremacy is isolated and reversed; where the dehumanizing rhetoric about blackness by the colonial officer is paired with another by German colonial ruler Carl Peters and set against images of a Europe dehumanized by mass war and exploitation. Yet what opens as catharsis, reclaiming of truth over a mischaracterized self, slows into a rumination of the desire to mischaracterize, ending on close-ups of disease and parasites captioned by thoughts on our common will to control and destroy.

Following on from her open studio last year, Amani’s project continues to evolve from within this kind of stylistic variance.  She operates in multiplicity. Contained within shifts of art medium and tone in the pathological museum are perspectives she reorders according to her sense of completion over the process they inspired.

The most intensive piece is a metal skirt installation, inspired by contraptions worn under dresses in Victorian Europe as a symbol of status.  Amani dresses in the skirt and a colonial hat in the final scene of The Host and in the exhibit, the piece is tied to red string, in a reference to blood, and threaded to sifting boxes lingering watchfully on the wall .“The crinoline is also like a cage.  It was good for me when I was building this to think about the cage of beauty” she says, “you know all those classical ideas about what beauty is, such as fair skin, long hair etc. The boxes are factors that linked with destruction and erasure, such as self-loathing and loss of language; the complexities that arise out of violation. I want to have something like a hundred of those—all hand threaded. I think I need to make more of the physically taxing objects. It helps me work past the desire to see things in one way.”

With symbolism and silence as recurring points of approach, Amani’s work operates as a measure of the persuasive force of untruths—globally, spiritually, personally, physically and psychologically. The references to colonialism, and euro-centric markers of beauty, morality and enlightenment places whiteness as a key aggressor, but Amani stresses that it is not the sole culprit.

“When I look at things that have made me insecure it’s been something contrasted to whiteness. The way you speak, do your hair, the music you like, all the superior and good has always been associated to whiteness. I would say it’s the greater symptom of the pathology but not the only.  Our desire to be better than another, our desire to rule, to be more powerful than another, that is the pathology.”

“We need a space to ask questions” She continues, “Take away history, take away family, and everything. You as you are? Bare. Who are you? How do you treat people? Why do you treat people the way that you do and how can you help alleviate the problem?” she lets the question linger.

There are no answers or cures here, only better ways to process the questions and learn to recognize the role of the self within healing. In the walls of the museum, the price of freedom is ultimately the cost of the mirror and your own will or desire to see past the sicknesses. 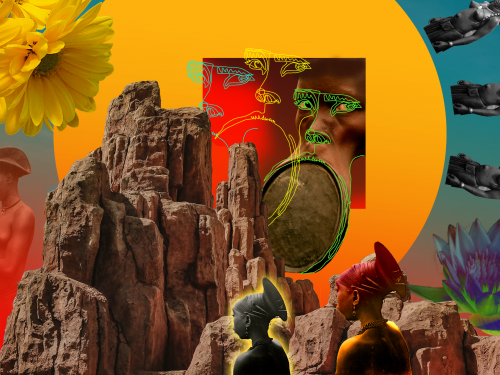 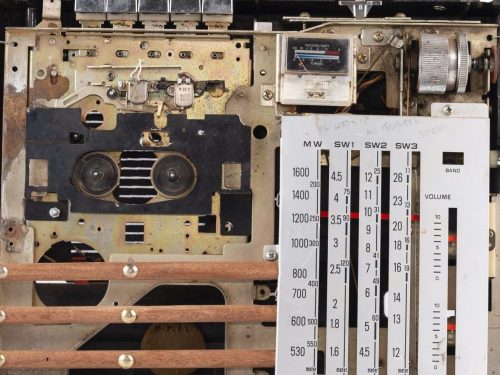 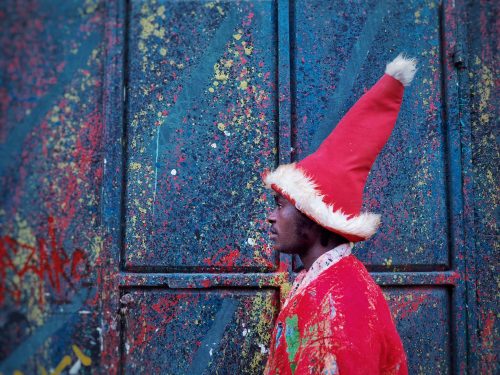 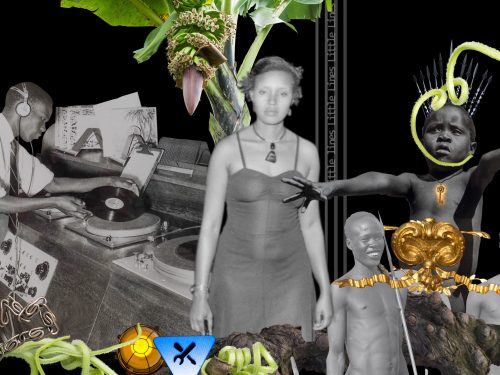